Every article I have ever read on how to take pictures of the moon stresses the importance of a tripod, a cable release, a minimum of f14 and a shutter of @ 1/5ish second. I do not think I have ever seen a post about taking a photograph of the moon without using your tripod. Maybe they are out there somewhere, I just have not found any. While a tripod is critical as the moon is rising, two hours into its nights journey it is absolutely capable of being shot hand held.

My sudden discovery of being able to get a respectable shot of the moon hand held came purely on a whim. I had gone down to the bay to catch the full moon rising over the water. The park I intended to set up in was still closed because of Miss Sandy so I had to move down the road a bit and find direct access. I had no idea that there was a specific name for this April full moon – The Pink Moon – or as I have just discovered a moon with a partial eclipse occurring. My wife tells me it is also know as the Wind Moon. Wow, think I am a bit sheltered? I think I may shelter myself intentionally because of my field of employment (perhaps a blog on that some day?). But before that tangent develops back to this moon stuff.

There are times when you absolutely, unequivocally, without a doubt need to use a tripod. I had the ND filter on because I wanted long exposures and in this case four seconds was about as slow as I could go before she became over cooked (hence, blow out or too bright). I figured that would help with the bay as well. The moon moves very fast…..at times I did not know if a little blur was from tripod shake (most likely) or movement from the moon. One of these months I will experiment with really long exposures and see how fast it really appears.

Done for the evening and arriving at home, as I backed in my driveway the moon was saying hi to me through the trees.Tempting me to shoot more. Conflicted I was. Had things to get done before Elementary came on. I watch four shows on TV, that is one of them. Easy enough decision when you are unpacking your car and the camera is in your hand. I found a clearing and took a couple of shots sans tripod. I was surprised at how they came out. I was even more surprised when I got them on the computer and noticed they actually had detail in them. A late night to come….

After Holmes and Dr. Watson concluded out I went….. 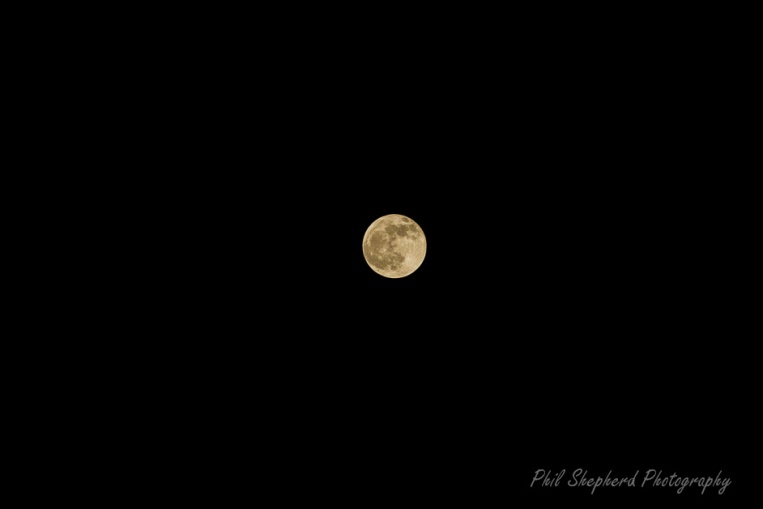 K, looks every other moon shot but it is hand held and their is shape and detail.

Back to a 5.6 and now totally impressed when I zoomed in on the viewer.

Concluding with an f6.3 and just blown away. Fully Cropped. 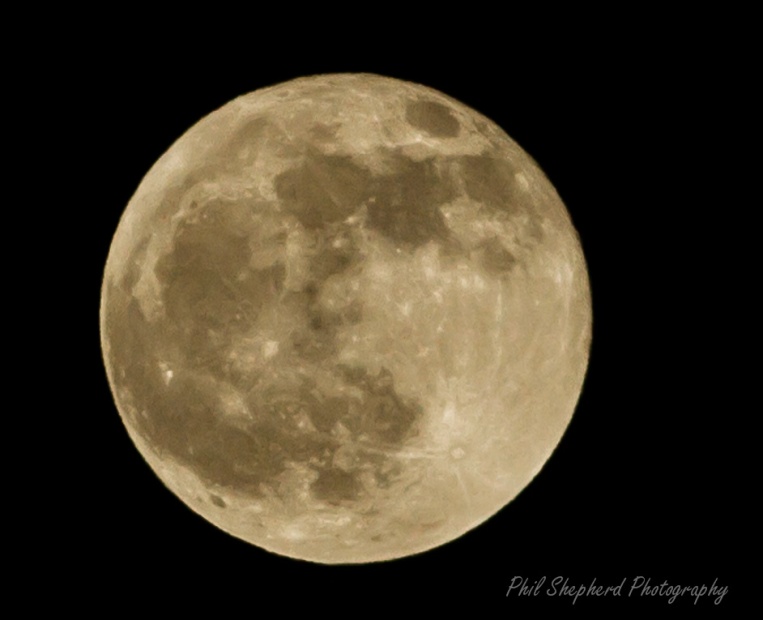 Why did I not know this? Why didn’t anyone tell me this was possible? How may times did I pass up a moon shot because I did not want to get a tripod out of my car? I guess it is: learn the rules, break the rules, the rules are just guidelines anyway… I love learning new things! Even more so when I discover them myself rather than from an educational source…..The simple pleasures are the best……

I am an ocean boy, I love the water. Before I retired for the night I checked what time the moon was rising the next day. Perfect. Late enough for me to perform my dance dad duties and get to the beach just before it rises. But I shant bother you with more moon pictures before signing off, just a picture of the moonlight.

2 thoughts on “A Handheld Moon…”